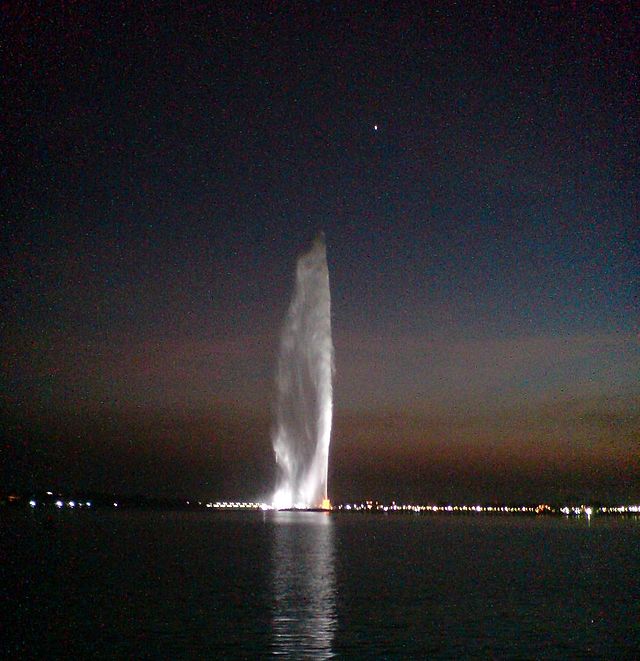 Water fountains offer a brilliant touch of nature to any outdoor or indoor setting. The combination of free-flowing water and the soothing sounds it creates will instill a sense of tranquility in those who see it.

This week, we're going to reveal some fun facts about water fountains. While you may already know some of them, chances are there are other pieces of fountain information that will surprise you.

The Dubai Fountain Is The World's Tallest Water Fountain

Using pressurized jets, the Dubai Fountain is able to shoot water nearly 500 feet into the air, making it the world's tallest water fountain. The Dubai Fountain is set up to automatically perform water displays every half an hour, although there are special shows reserved for holidays and events.

Water Fountains Are Used For Amusement

While most people use them strictly for decorative purposes, water fountains can also be used as a source of amusement. It's not uncommon for theme parks, zoos and other venues to set up fountains with timed water jets. Children are allowed to run through the jets in an attempt to make it to the other side without getting sprayed. This practice dates back to the late 13th century, when the Les Merveilles de Hesdin fountain was set up to drench spectators.

The use of water fountains dates back to 2000 BC, but these were archaic designs at best. It wasn't until the Roman Empire came along when water fountains were engineered with unique pressurized systems and other features.

The Romans constructed multiple irrigation canals from higher elevations, funneling water to the main city. Since the canals were constructed at elevation, gravity forced the water down; thus, creating enough pressure to shoot the water out. The Romans also used multiple canals, so if one canal became blocked or clogged, the remaining canals would route the water to the city.

Don't assume that water fountains can only be used outside. Thanks to the advent of modern technology, there are now hundreds of different fountain styles which are designed specifically for use indoors. These indoor water fountains bring a new sense of style and vigor to the atmosphere, bolstering its decor while creating a more relaxing environment.

Some of the older and more historic water fountains depict biblical figures. The Fontana Maggiore, for instance, features brilliant hand-carved statues of notable saints and prophets, as well as scenes from the Genesis.