The History of Fountains

Fountains have been used for thousands of years for the purposes of providing drinking water to being aesthetically pleasing pieces of art and entertainment. Read on to learn more fountain information. 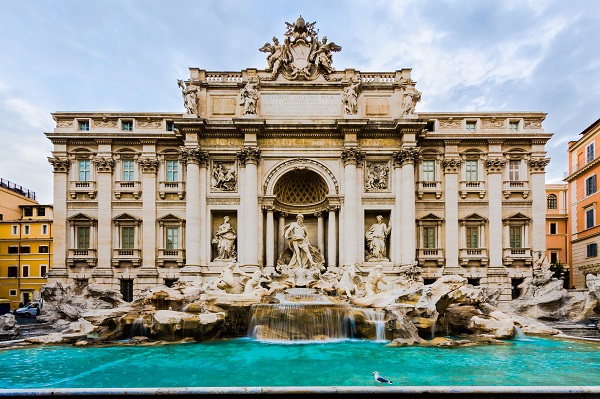 The Beginning of Fountains

The first fountain didn’t look like what we would think of a fountain. The earliest known fountain was a carved stone basin that held precious drinking and religious, ceremonial water. This stone basin is believed to be from around 2000 BC.

Early fountains used in ancient civilizations relied on gravity to control the flow of water from the fountain. These ancient fountains were primarily functional, often situated along aqueducts, streams and rivers to supply drinking water.

The ancient Romans began using decorative fountains in 6 BC, most of which were bronze or stone masks of animals and local and mythological heroes. The Romans had an elaborate system of aqueducts that provided the water for the many fountains that were throughout each city.

The Romans had upright, free-standing fountains with water coming from the fountain via lead pipes under the street.

By 98 AD, Rome had been nicknamed the “city of fountains” having 9 aqueducts, 39 monumental fountains, and 591 public basins.

By the first century BC, Roman fountains jetted water into the air via water pressure from a distant water source.

The Middle and Medieval Ages

During the Middle Ages, fountains fell into a time of decline and were only found in art and literature, monasteries and palace gardens. Fountains in the Middle Ages were symbols of purity, life, wisdom and innocence.

Fountains began to again surge in popularity in the Medieval Era, though they remained largely in isolated areas such as monasteries, gardens and on palace grounds. Medieval fountains portrayed Bible stories, local history and societal virtues.

Besides being pieces of art, some fountains at this time also provided entertainment by being triggered to sprayed unsuspecting onlookers.

The Renaissance and Baroque Eras

Fountains became larger, more complex and grand during the Renaissance Era. During this time, fountains paid tribute to rulers and royalty and were symbols or power of wealth.

Many of the famous fountains in Europe today were built during this Renaissance time including the one in Villa d'Este in Tivoli.

Renaissance fountains were more than regal tributes; they were also forms of fun and theater. Many of the fountains found in the Renaissance gardens were designed to spray park visitors, offer relaxation and play music.

The time between the 1600s and 1700s, called the Baroque Era yielded the famous Trevi Fountain, the Piazza Navona Fountain and the Triton Fountain.

Fountains, once again experienced a revival as the old aqueducts of Ancient Rome were restored and rebuilt, providing abundant water sources to fountains.

With the support of the powerful Catholic Church, the Baroque art style flourished. Despite the altered styling, fountains still symbolized power and wealth.

Over time, the function and style of fountains changed.

By the 1900s, fountains were purely for decorative purposes only as the result of widespread, accessible indoor plumbing. During this time electric, mechanical water pumps replaced gravity as the main driver of water direction from the fountain. These were the forerunners of modern fountains, able to recycle water and shoot water high into the air.

Today, fountains can be found in parks, squares, private residences and business buildings. They are used as decoration, recreation and entertainment.

With advancements in technology, fountains today can be synchronized to music and colored lights, and have the spray automatically adjusted remotely with a push of a button.

Throughout history, fountains have changed in form and function. Fountains are no longer the main source of drinking water, but the various sizes, styles and technology still make them great ways for businesses to declare their unique brand and their power and wealth. Fountains today are also great additions for inside and outside of private residences that showcase the resident’s unique style and tastes.

Whether you’re looking for an indoor or outdoor fountain, a bubble wall, or a wall fountain, Water Gallery has a variety of fountains to match your desired style and budget. Contact us today to learn more about our inventory.